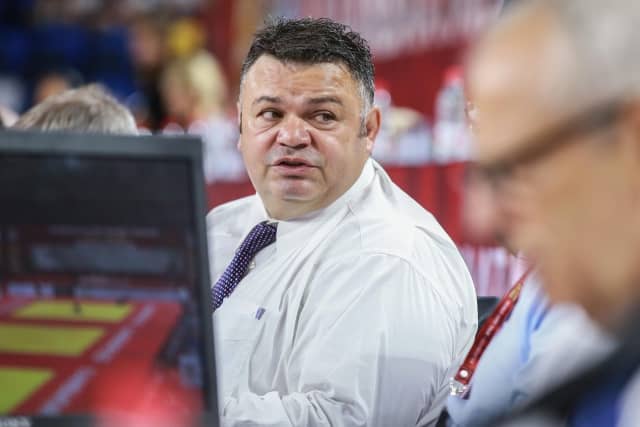 GENERAL: The first IJF Olympic qualification event began after a short preparation period, due to the fact that the Tokyo Olympic Games took place in 2021. Traditionally, the fights between generations begins domestically where young athletes train and fight for their chance against the older generation, to get selected for the international tournaments. This is happening now internationally too, with the young ones competing at a very high level.

RULES: The skills of taking and breaking kumi-kata were different, some judoka being well prepared for the updates, others still being behind, due to lack of information or lack of gripping training. The application of the stepping out versus pushing out rule was well evaluated during the day. The aspect of judogi fixing and hair fixing was well prepared by athletes and coaches and therefore the referees had to make corrections just a few times.

TECHNICAL ASPECTS: The day was very positive regarding judo attitudes, with judoka showing many tachi-waza combinations, transitions from tachi-waza into ne-waza and also skillful ne-waza techniques, particularly with osaekomi-waza and kansetsu-waza. From this perspective, we had a good first day of competition. 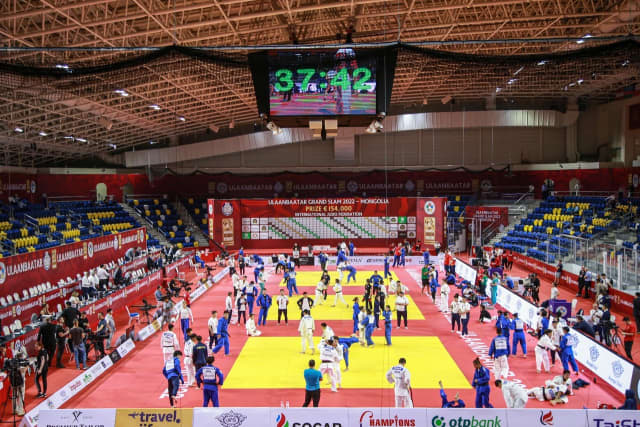 The top two seeds were Rishony (ISR) who is number 6 on the WRL and Budapest world champion Tsunoda Natsumi (JPN). From the top eight seeded judoka, six arrived in the final block and three of the top 8 won medals.

Tsunoda was not to be stopped, scoring ippon in the quarter-final with sumi-gaeshi, looking always for her tachi-waza into ne-waza transitions. She scored in the semi-final with a spectacular ko-uchi-gari, but won the final against Ganbataar (MGL), who was very strong today. The Mongolian judoka attacked with waki-gatame in tachi-waza and was penalised accordingly. Before that, Ganbataar demonstrated, in the quarter-final, a seldom used renzoku-waza, combining uki-goshi on the left with o-uchi-gari on the right. It was great to see.

One bronze medal went to Lee (KOR) who eliminated Dolgova in the second round and then won her medal with by ura-nage. The other bronze medal went to Abuzhakynova (KAZ), who in the second round won against the number one seed, Rishony. In the medal contest Lee was attacked with o-uchi-gari from behind against her supporting leg and therefore her opponent was disqualified.

The top 2 seeds were Israel’s Primo at 5 on the WRL and 5 places below Bishrelt (MGL). Budapest World Champion Shishime (JPN) was also in the mix. From eight seeded judoka, seven arrived in the final block and three of the seeded athletes won medals.

Keliyorova (UZB) needed a total of 6 min and 54 seconds to win three contests for a place in the final, finishing her quarter-final with a spectacular seoi-nage. Kuznetsova (IJF) took 4 minutes and 38 seconds. She demonstrated, in the first round, her juji-gatame skill as a direct attack, using a ne-waza combination of uki-gatame into juji-gatame in her quarter-final and again winning by juji-gatame in the semi-final. Both finalists won all their contests by ippon, ending with penalties in favour of the Uzbek for the gold. After winning against the current world champion, Jung (KOR) received a bronze medal. The other bronze was won by Bishrelt against the number one seed. 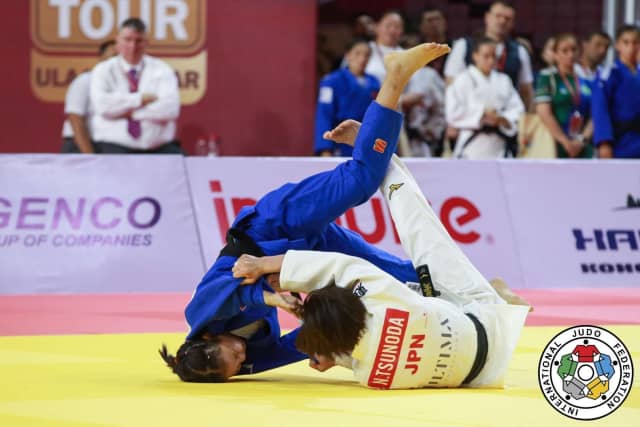 The top seeds were Nelson Levy (ISR), currently at number 3 on the WRL and Tokyo Olympic Games bronze medallist Yoshida (JPN). Seven of the eight seeded judoka arrived in the final block, where all medals were won by seeded judoka, but the gold and silver didn’t go to the top two!

Kurbonmammadva (IJF) is known for her dynamic judo and only needed 3 minutes and 25 seconds for her three contests prior to the final, winning her semi-final with a great ura-nage. In the final Lkhagvatogoo (MGL) finished with a seoi-nage attack in just 33 seconds. One bronze medal went to Munktsedev (MGL), who won in the preliminaries using osaekomi-waza and in the medal contest by waza-ari-awasete-ippon with a sumi-otoshi and an uchi-mata-sukashi. The other bronze medal went to Nelson Levy who showed her good transition in the quarter-final and and excellent tsuri-goshi in the medal contest.

Numbers 1 and 10 on the WRL occupied the two top spots at the beginning of the day with Tokyo Olympic Games silver medallist Yang Yung Wei (TPE) and TSJAKADEOA Tsjakadeoa (NED). The seeded athletes dominated the category with seven of the top eight in the final block, making sure that all four medals were in their hands.

Nagayama (JPN) demonstrated the variety of his throwing techniques with seoi-nage, uchi-makikomi, sumi-otoshi and a direct ura-nage. Yang won on the way to his silver medal in ne-waza using the leg entrance of sankaku, continuing with kuzure-kamishiho-gatame, but finishing with sankaku-jime. Lee (KOR) won in ne-waza, using osaekomi-waza in the second round and kansetsu-waza in his bronze medal contest against Kokolayev (ISR). Enkhtaivan Sumiyabazar (MGL), who also used juji-gatame during the day, won against his colleague for the other bronze medal. 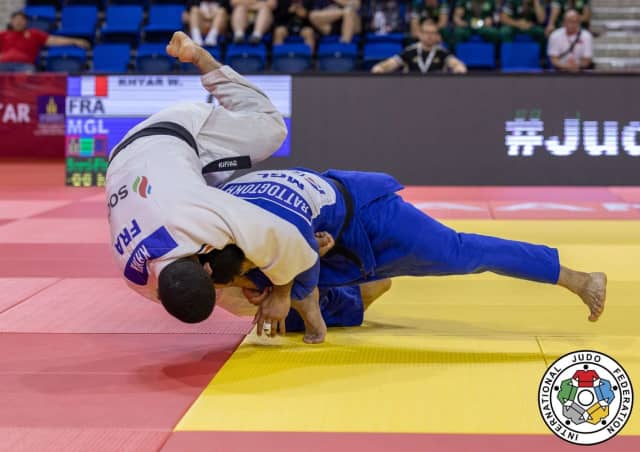 The peculiarity weight class was the participation of just five seeded athletes in the final block. Moreover, just one seeded athlete won a medal. This perspective shows the unpredictability of the top positions in this begin phase of the Olympic qualification period.

In the preliminaries, Shmailov (ISR) scored ippon in the quarter-final with seoi-nage. I noticed Battogtokh (MGL) use the pushing moment of his opponent to apply ushiro-mawari-sabaki to throw with a spectacular seoi-nage. Vieru demonstrated a skilful ko-uchi-gari in his quarter-final. Abuladze won twice by waza-ari-awasete-ippon, in the first round and later in the repechage, the second time with o-soto-otoshi and soto-makikomi.

The final was decided between Mongolian athletes, with gold medal going to Battogtokh and silver to Gunjunlkham. This was a clear signal to the bronze medallist Yondonperenlei, that the contest for m supremacy in his country, is open. The other bronze medal went to a skillful judoka, just arrived in this weight class. Abuladze (IJF) countered his opponent’s ura-nage with a skillful ko-soto-gari.

STATISTICS: Day one of the Ulaanbataar Grand Slam had 106 contests. Contests ending with positive scores: 86 contests (81,1%).