Written by Pedro Lasuen on 25. Jun 2022
Photographs by Gabriela Sabau, Emanuele Di Feliciantonio
Share
Of all the favourites, Nami Nabekura had the most peaceful ordeal, at least until the final. The Japanese didn't do anything special, like the Korean Lee in -81, just win, which is what it's all about, in a serious way, without leaving the elaborated plan. Two fights, two clear, professional victories, and the final against the Israeli Gili Sharir. Third in the last European Championships, Sharir is growing, slowly but surely. In Mongolia she was covered up, there were other better-ranked candidates, as if she wanted to cause a surprise and spoil the party of the others. The plan worked, but on their last date she couldn't go modest, not against a Japanese woman. 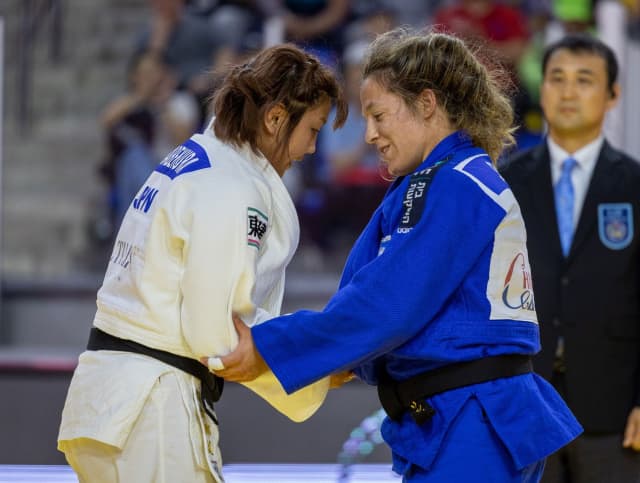 Nabekura (JPN) didn't tremble, she didn't even break a sweat. She was far superior from the start and Sharir (ISR) was never able to lay the foundation for her judo. For the Japanese it was like going to the office, signing in and returning home with the satisfaction of a job done. The public did not enjoy much because it was not a fun match. In addition, to lengthen the torment, they reached golden score. 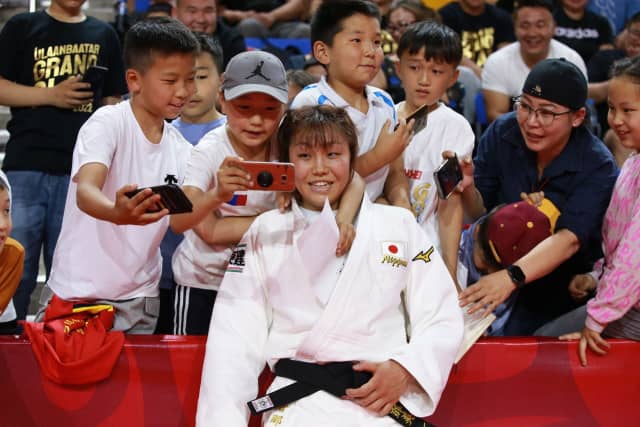 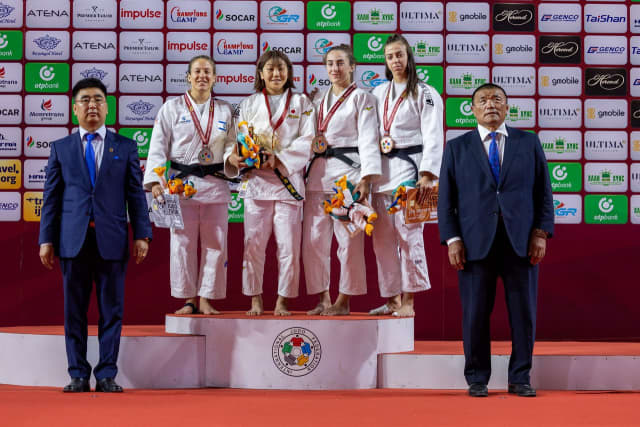 It was then that Sharir woke up and took control. She made the Japanese fall, although she did not score, but she looked more whole and the Japanese more tired. Two shido each and no certainty. Four and a half minutes later, Nabekura scored with ko-soto-gake, but her day at the office was hard, because she started well, very well, relaxed and calm, but she was about to spoil everything due to excessive relaxation and the tremendous effort by Sharir. 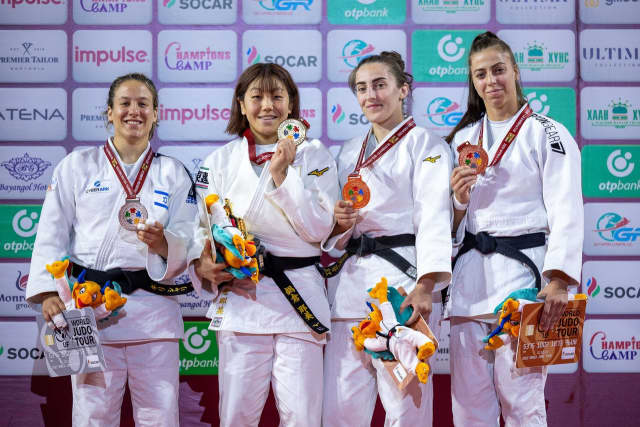 We are in the midst of a revolution, the young promises push hard, as if they want to take a shortcut and arrive early. There is more chaos than order and that makes the fights more interesting because the older ones don't want their chair stolen. An example of this situation was the first bronze medal between the Israeli Kerem Primo, who is not old enough to drive, and the IJF representative Kamila Badurova. Badurova scored waza-ari and was just throwing away experience, wasting time, working in ne-waza, not letting Primo set a pace. Pro-youth has no limits though and Primo reacted with an uchi-mata synonymous with waza-ari, a draw and everything still to do while reaching the golden score period. 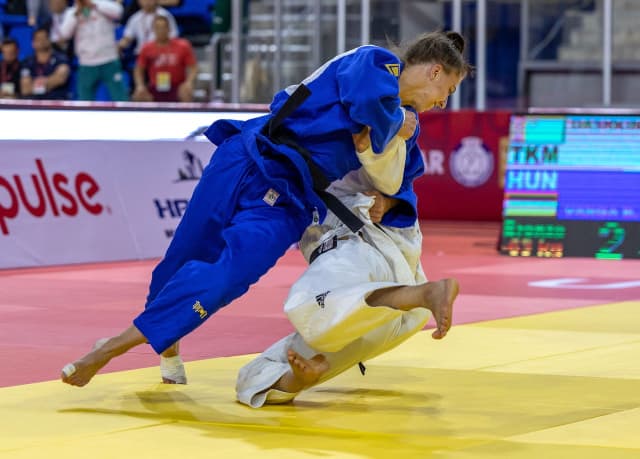 It was a good fight, clean, without penalties, the stamp of past, present and future. They gave it their all, down to the last drop of sweat and the public loved it, because they ended up exhausted without giving up attacking. Bronze is getting very expensive, in this case the price was eight minutes and one last koshi-waza from Badurova. The second bronze was opposed by Zulhumar Dashkinova (TKM) and the Hungarian Brigitta Varga, who came out with the turbo on: ko-uchi-gari in less than a minute and a second waza-ari from a counterattack, because Varga doesn't like to slow down. It was a well-deserved bronze medal.