Written by Jo Crowley on 05. Nov 2022
Photographs by Gabriela Sabau, Tamara Kulumbegashvili
Share
Let’s begin with the consistency of Van Dijke (NED). She came to Baku as the number 1 seed, is number 2 in the world, won world bronze medals the last two years running, has 16 World Judo Tour medals and although it is not always gold, it is almost always good!

She steam-rolled over all the opposition on her way to the final in Baku. Even when she is under pressure she has the ability to find a new gear, a new power and escape from the compromises. When she loses there is visible irritation but that seems to fuel her resolve rather than detract from it. On day two of the Baku Grand Slam she was again in a WJT final. 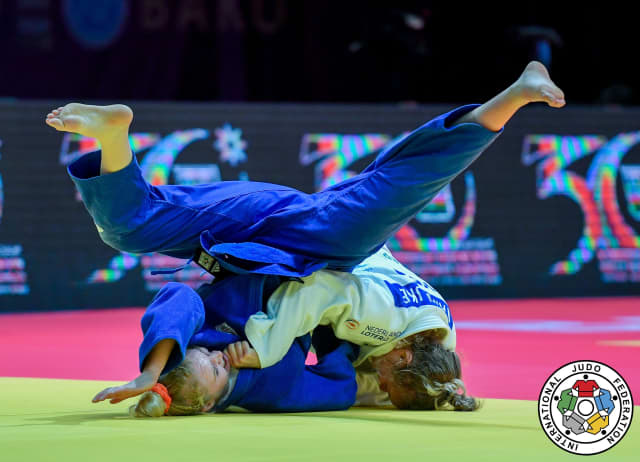 Elvismar Rodriguez (VEN) almost did the same, dealing with Hofman (POL) and Esposito (ITA) before coming unstuck against Van Dijke’s teammate, Hilde Jager, in the quarter-final. Polleres (AUT) copied Rodriguez’s route exactly, in her quarter of the draw, holding her rank as 3rd seed all the way to the quarter-final but there she too lost, to Teltsidou (GRE), a judoka who only ever exhibits a power-based judo, exploiting her hips and her stubbornness at all times.

Here we offer a small side note about the Jamaican athlete Ebony Drysdale-Daly. We dont't often see wins on the board from Jamaica but today Ebony fought her first match against a tough Mongolian with strategic awareness and the wherewithal to take advantage when necessary. She earned a win and some valuable ranking points, despite not carrying her good fortune into the next round. 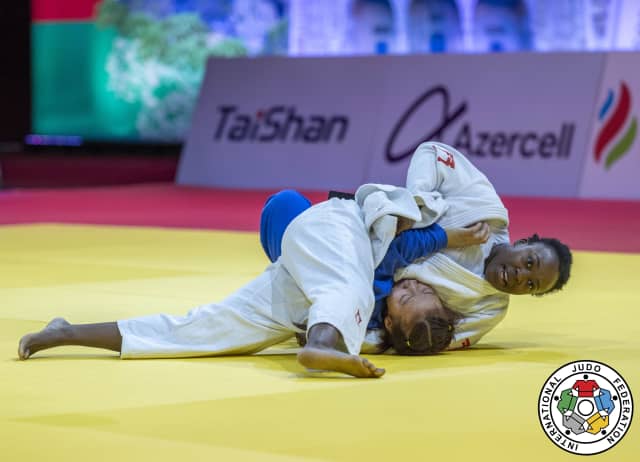 These two, Rodriguez and Teltsidou, met to contest the first bronze medal, while Polleres, still in line with the Venezuelan, fought for the other bronze medal, having defeated Cvjetko in the repechage final. The Croatian started well but lost to Willems (BEL) who, let’s be honest, has had a really great day. She has reached two grand slam finals before but took silver on both occasions. She prepared to change her fortune in Baku. 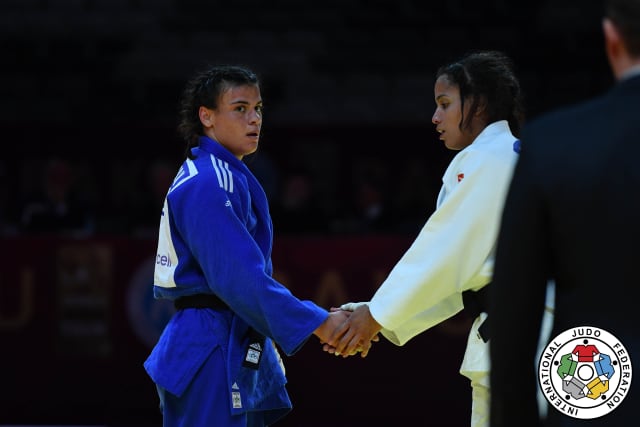 Teltsidou and Rodriguez began slowly, cautiously, neither wanting to open themselves up to the possibility of errors. In the end this plan wasn’t good for either of them and an uninteresting match finished with penalties in favour of the Venezuelan.

The second bronze medal contest between Olympic silver medallist Polleres and Jäger of the Netherlands went much the same way, also heading into golden score after a series of failed attacks. A poorly prepared movement from Jager have Polleres the chance to apply some groundwork skills and so ude-garami became the winning technique, but the contest was neither convincing nor entertaining. 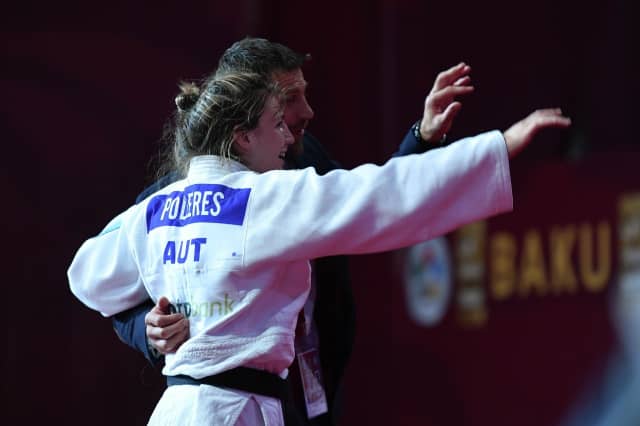 A victory for Polleres, grand slam bronze in Baku

The final pitted the most experienced against one of the new generation of hopefuls, Willems being on the back foot from the beginning. An assertive Van Dijke gave no concessions and unlike the winners of the two bronze medal matches Van Dijke aimed at ippon through and she succeeded with little more than a minute gone. It was gold for the Netherlands and a 17th World Judo Tour listing. 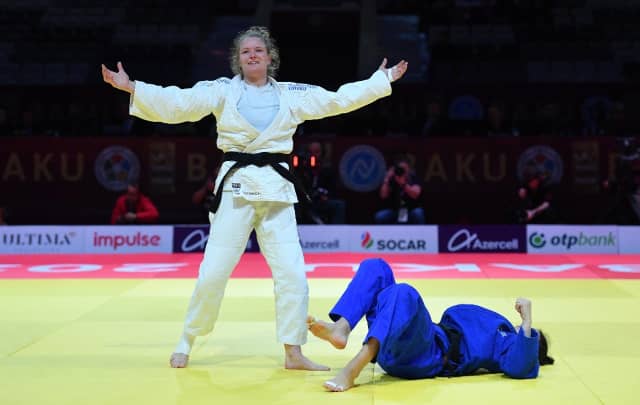 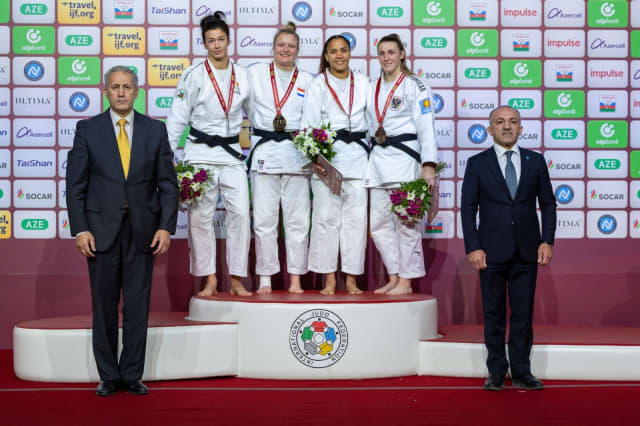 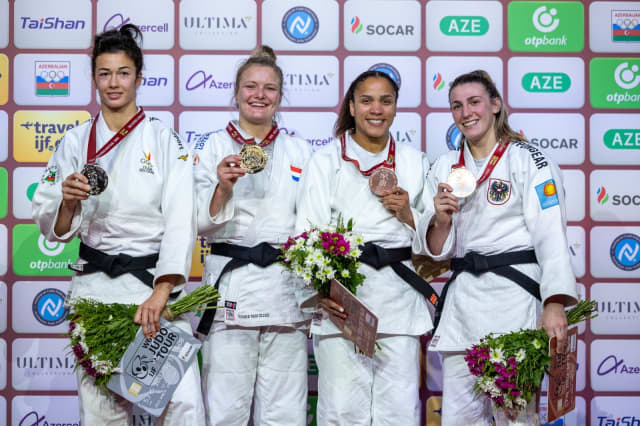