Home of The Braves

Written by Jo Crowley, Pedro Lasuen on 07. Nov 2021
Photographs by Emanuele Di Feliciantonio, Lars Moeller Jensen
Share
On the third and last day of the Baku Grand Slam they were few, but all brave. 71 judoka divided into five categories are not so many but in return they offered us effort and talent. They were generous and bet everything on ippon. 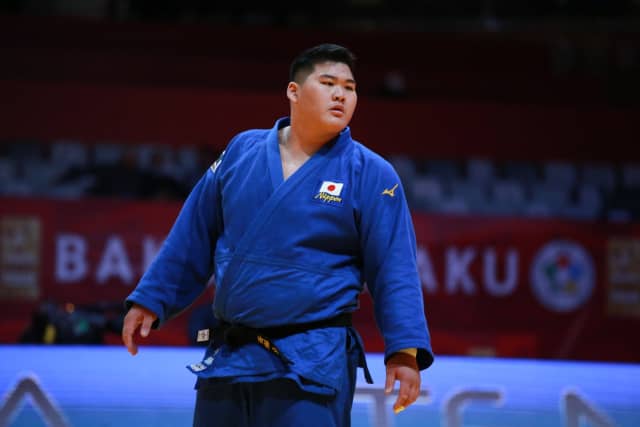 Write down the names: Mammadali Mehdiyev, Nemanja Majdov, Beka Gviniashvili, Altanbagana Gantulga. The -90kg category was as if we had found the legion of the Roman Empire that disappeared in the Middle East. All veterans, centurions hardened in a thousand battles. They do not understand luck, they have too much experience for that and they fight with the desire of newcomers because everyone seeks the glory they lost; all but one. Mehdiyev, out of patriotic pride, as he fights at home and because when he is fine he is fearsome; he endured until the end. He comes from winning in Zagreb and remains in the top ten. In the final he faced the Japanese Kosuke Mashiyama, 22 years old and not wanting to respect the hierarchy. 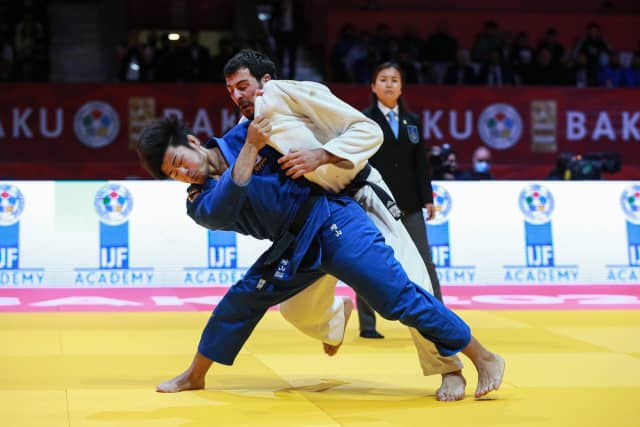 In other words, the creeping strength of Mehdiyev versus the unceasing technical flair of the Japanese made for an attractive final. With such extreme opposing styles it looked like two different sports but with the same rules. Mashiyama eventually won by three shido but this was not indicative of the pace, ferocity and explosive technical power on display. 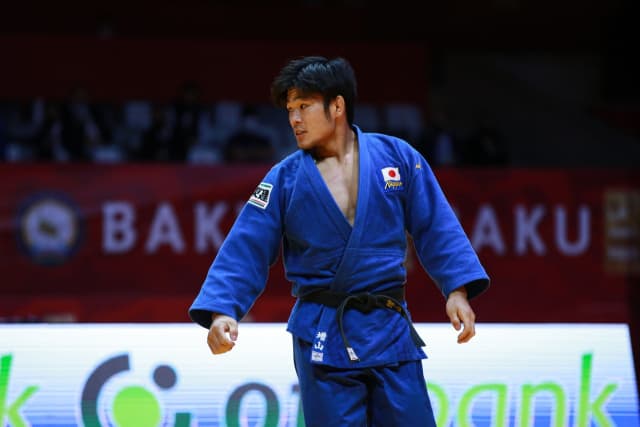 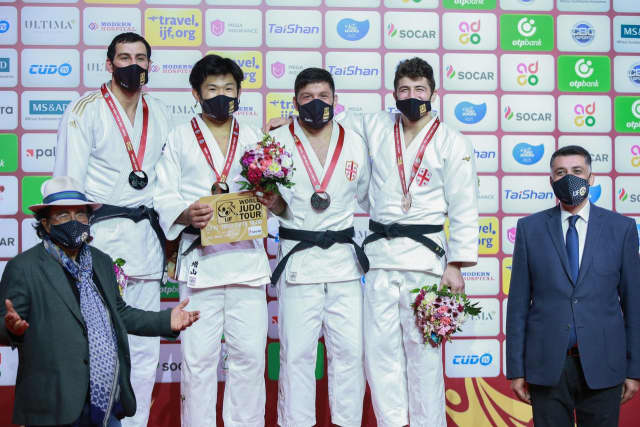 Medal, flowers and cheques were presented by Mr Albano Carrisi, IJF Ambassador and World-famous Singer and Songwriter and Mr Ragif Abbasov, Chief of the Main Department of Youth and Sport of Baku City 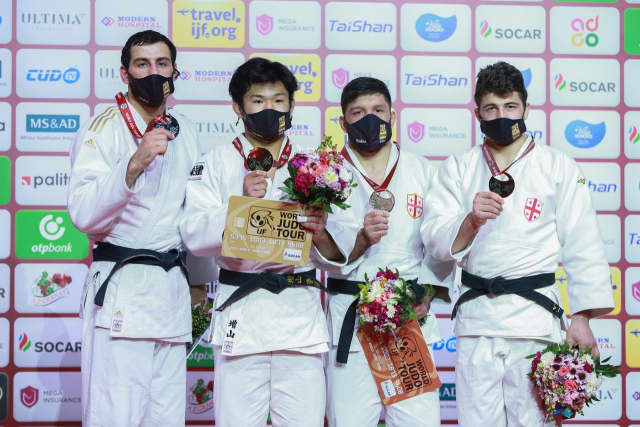 Women of this weight are generally very tall, with long legs and powerful shoulders. They are both strong and elegant; they have class. In Baku, the first and third seeds stood out: the German Luise Malzahn and the Israeli Inbar Lanir, numbers 5 and 15 of the world ranking. The two won bronze in Paris, which means that in Baku there could be a balance of forces. 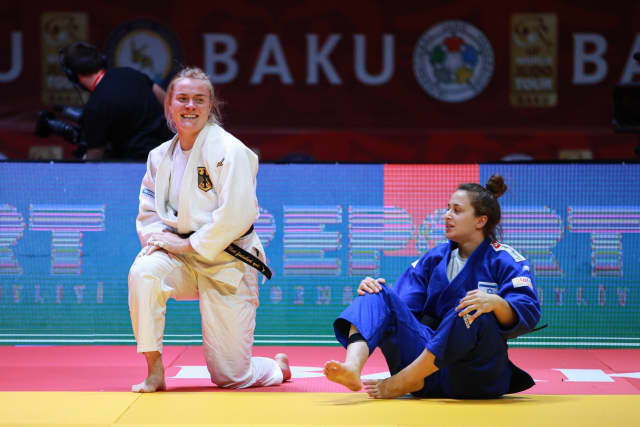 Malzahn won an agressive contest with experience and determination. A clean grip brought the gold back to Germany with osoto-gari which Lanir tried to counter but it just wasn't good enough.

"I am always satisfied with gold. It has been a while since I won. Last time was actually here in Baku in 2019, so I think Baku is a good place for me. I am happy that I did a good job and everything I wanted came true today," said Malzahn. 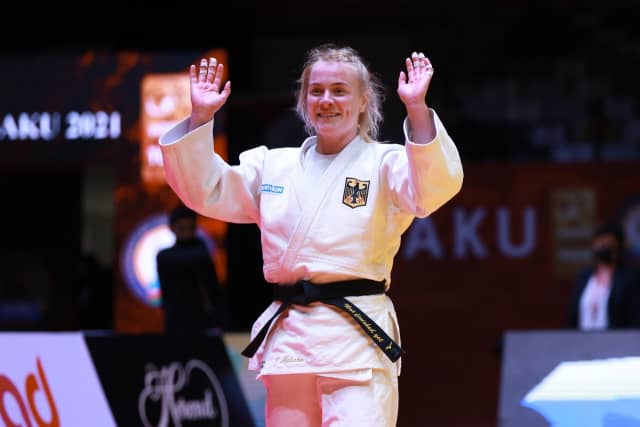 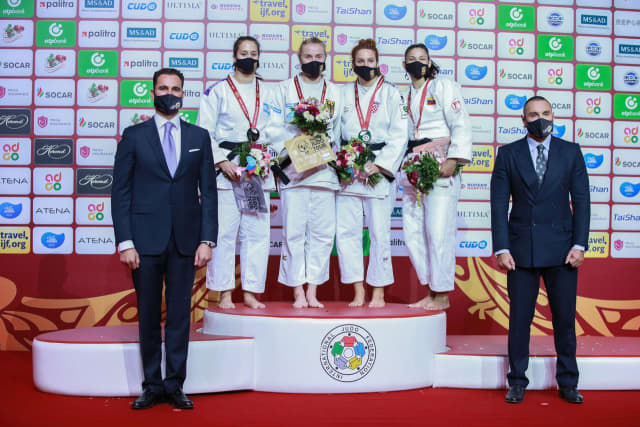 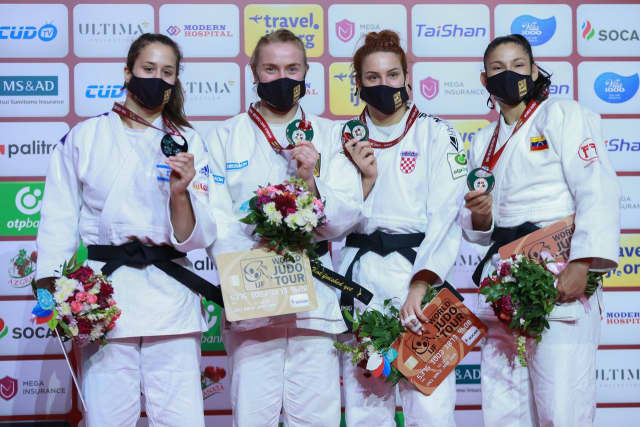 Three Azeris, two Canadians, two Brazilians, 2 Mongolians and 2 Georgians: it seemed like a fight between gangs for the conquest of a neighborhood. Shady Elnahas from the Canadian district has started to hate the number 5. He was fifth at the world championships and the Olympics. Baku served to break that barrier and reach the final that corresponded to him by status. He is number four in the world and he measured forces with the Russian Niaaz Bilalov, old fox of the World Judo Tour, on form at the end of the year. 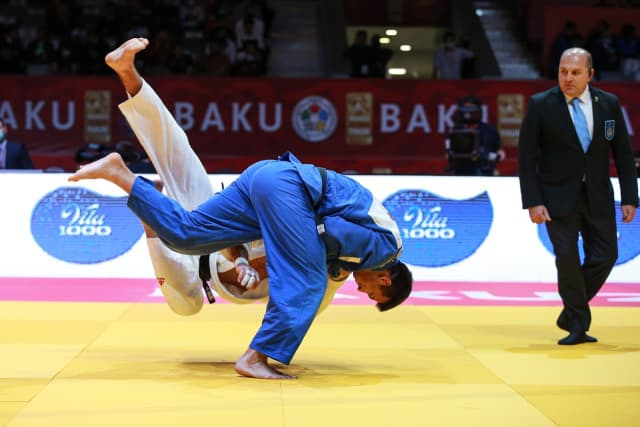 It was a kumi-kata fight in which the Russian was constantly cross gripping, making it difficult for the Canadian to land his favourite grips. Two left-handed warriors will always produce some interesting solutions. A minute and a half into the golden score Bilalov pulled a technique out of his kit bag that we hadn´t seen during the rest of the fight. A big osoto-gari was the Russian's safe passage to the neighbourhood's top spot.

"I had a very intense day and bad news because I lost a tooth today", declared Bilalov. -100kg is a really tough neighbourhood. 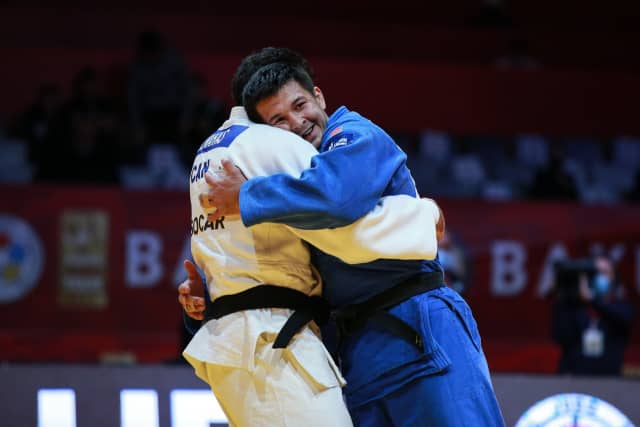 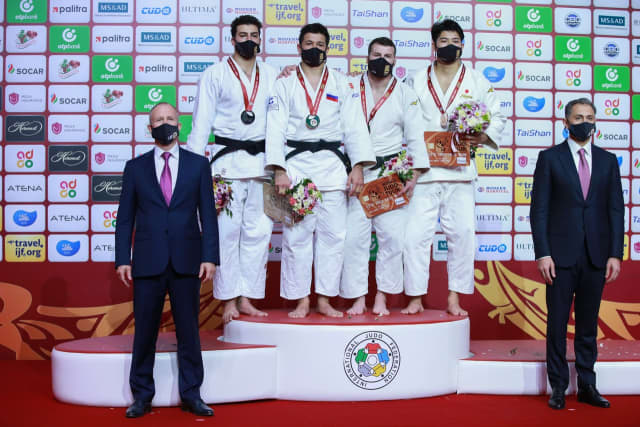 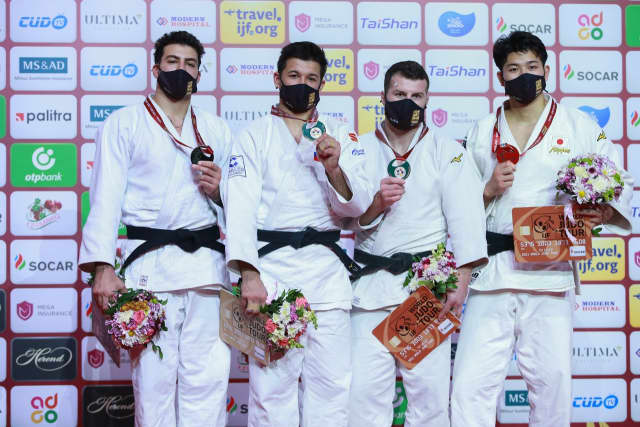 Raz Hershko had entered a new dimension. The young Israeli had the upper hand in the heavyweight category. Her victories in Antalya and Paris have catapulted her into the noble part of the rankings and she was a clear favourite in Baku. However, the German Renee Lucht knew how to push her luck and defeated Hershko in the golden score period of the semi-final by osae-komi. Lucht ratified the great day of the German delegation, fighting for gold against the Mongolian Adiyasuren Amarsaikhan. For the German judoka it was the opportunity to fly very high because it is up there where the gold is found. 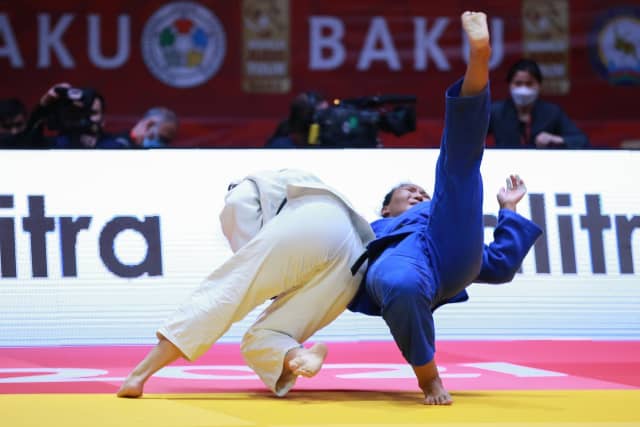 Lucht ratified the great day of the German delegation, fighting for gold against the Mongolian Adiyasuren Amarsaikhan. For the German judoka it was the opportunity to fly very high because it is up there where the gold is found. It was all about power but eventually Lucht used fantastic technical judo to throw for ippon with a huge makikomi. She flew back home with her first grand slam gold medal as a boarding pass.

For Lucht, "It was a good competition. I really fought until the last second and I am very happy that my first grand slam medal is gold." 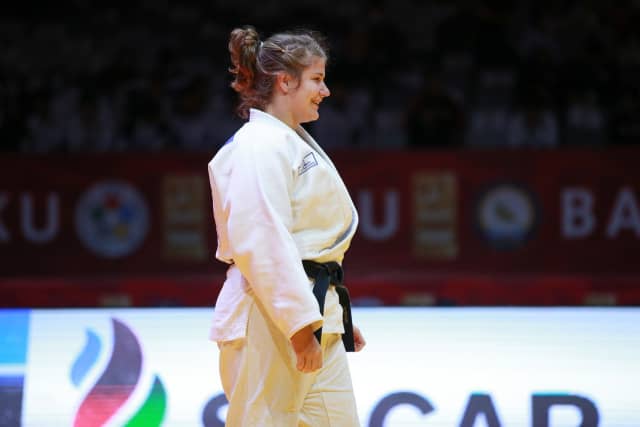 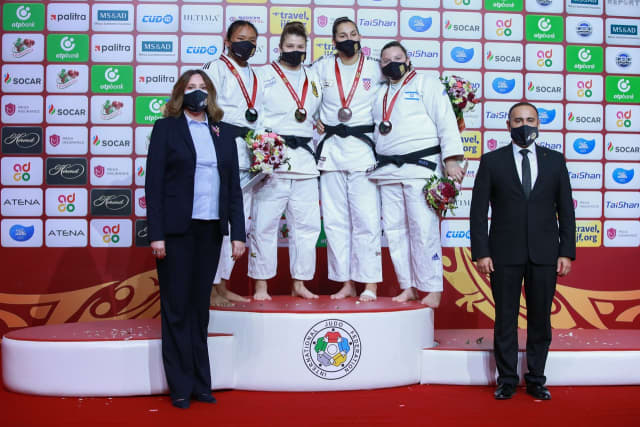 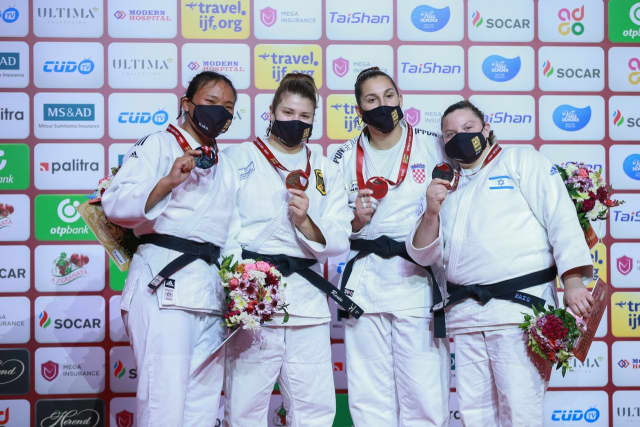 On Friday Keiji Suzuki told us about Tatsuru Saito and we were very interested in seeing him in detail. He told us he's good. In fact, Keiji could have added that he is very good, pointing towards prodigy: 19 years old, 1.93cm and 168 kilos. Well, the boy moves with surprising agility. In Baku he eliminated the two representatives of Azerbaijan from the outset and one of them, Ushangi Kokauri, was runner-up in the world four years ago. In the semi-final he got rid of the Mongolian Tsetsentsengel Odkhuu without  disturbing his judogi. The final against Temur Rakhimov, world number 11, remained. This time, after observing Saito, youth was a clear favourite versus the ranking. 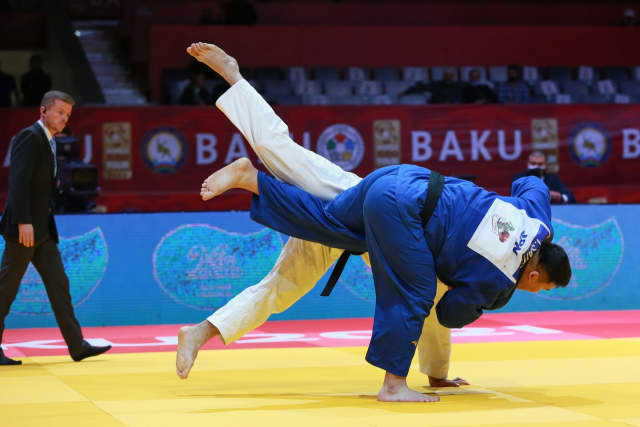 Saito is unwilling to stand still, proving that heavyweight judo can be as dynamic as that of any other weight. His first score came inside a minute as he fought off some awkward gripping from Rakhimov. A sasae-tusuri-komi-ashi reminiscent of Muneta came next but without a score. With 50 seconds left on the clock 19 year old Saito finished the job and executed the sasae after all. 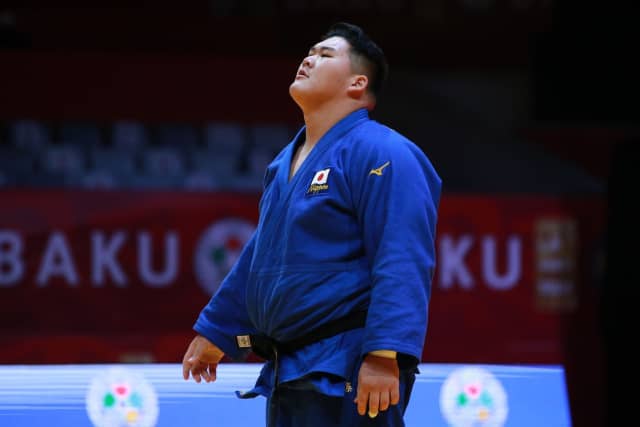 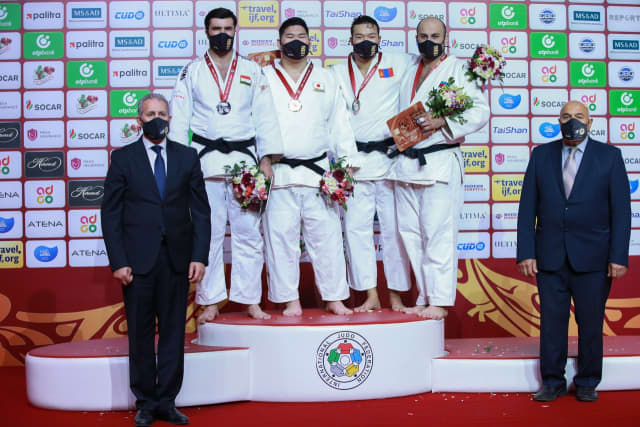 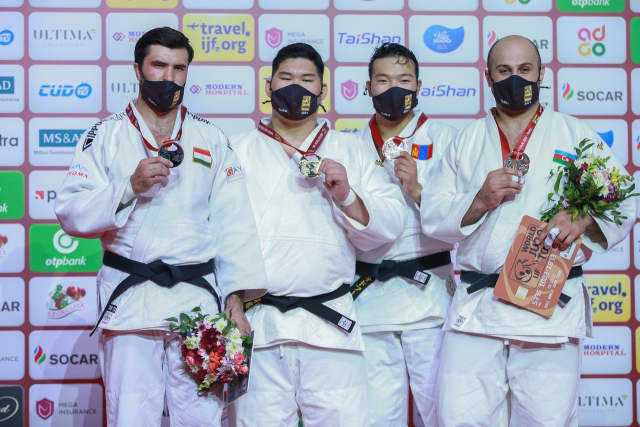 Japan finished first on the medal table with five golds and several new faces that we will surely see often on the top of the podium. Russia finished second and thanks to a splendid final day, Germany moved up to third place. See you soon in Abu Dhabi.