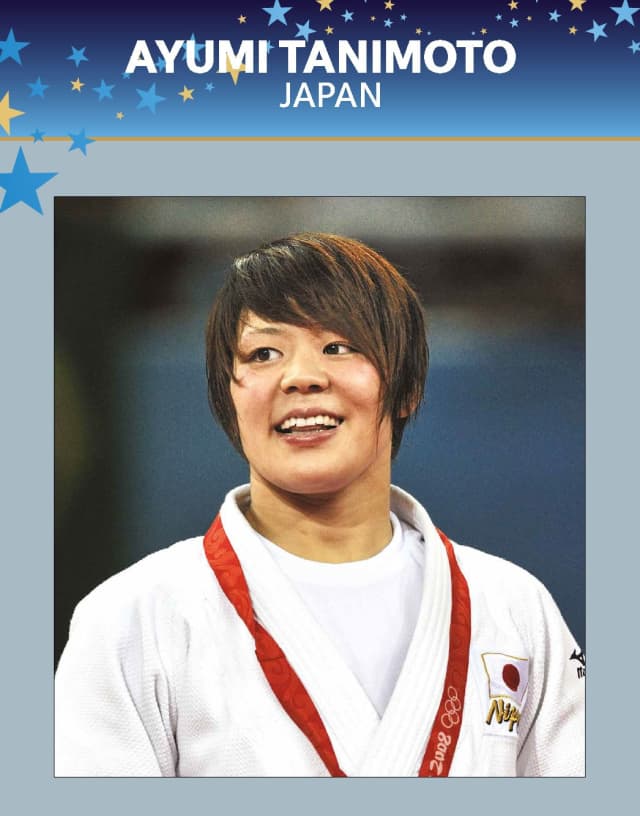 Tanimoto Ayumi was born on August 4, 1981 in Anjō, Japan. She won the gold medal at the Athens 2004 Olympic Games and managed to win again gold in 2008 in Beijing.

She retired in 2010 and now serves as a coach, while she is also active as a member of the Tokyo Olympics Organizing Committee.