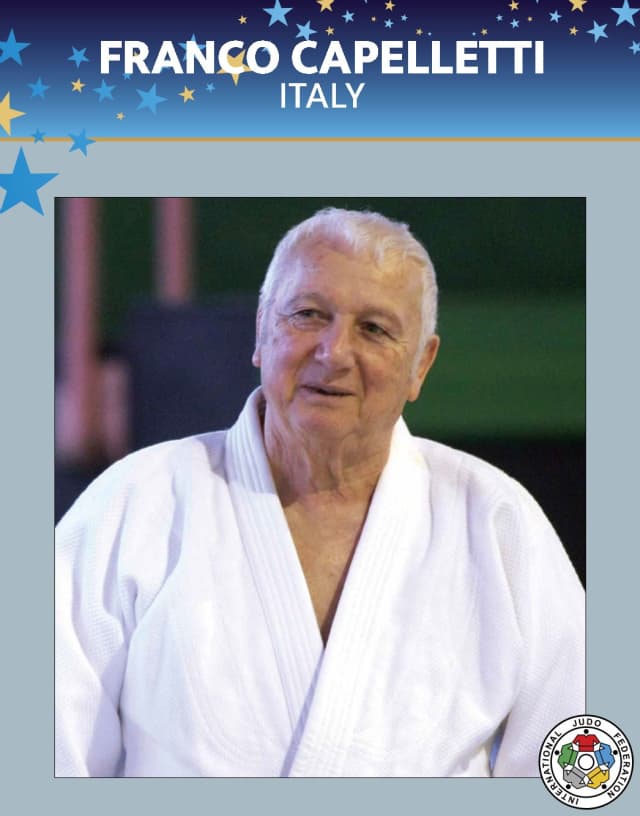 Franco Capelletti has been seen in the judo world for decades. He was born in 1938 near the Lake Iseo, northern Italy. In 2017 he was awarded with the 10th dan from the hands of IJF President, Marius Vizer. He occupied several positions within the European Judo Union and the International Judo Federation.

Franco Capelletti is one of the most lauded names in Italian judo and shares a lifetime of judo experience.

The renowned 10th Dan retains a strong connection to the grassroots level of the sport as President of his highly-respected club, Judo Club Capelletti, which he formed in 2002.

The famed Italian has recruited and trained specialised teachers to the club including his son Fabio.

Franco Capelletti is today to chairman of the IJF Kata commission.