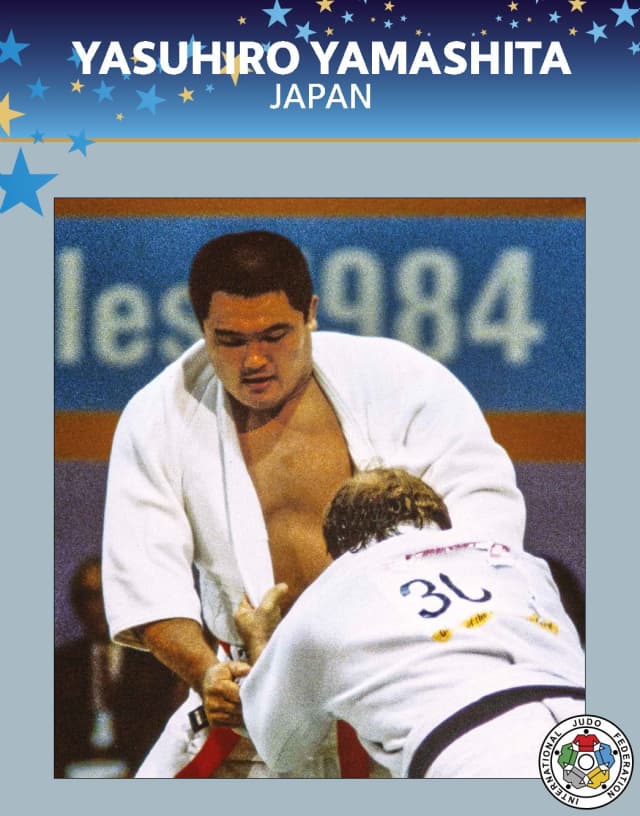 Yamashita Yasuhiro will forever be associated with greatness. Yamashita possessed a will to win and a skillset which was unparalleled as he won 203 consecutive matches between 1977 and 1985. During that time the Tokai University talisman won four World Championships and gold at the 1984 Los Angeles Olympics. Off the tatami, Yamashita, is an unassuming, modest figure who, having refuted lucrative overtures outside of judo after his competitive career, retained all his desire for judo excellence and is a regular instructor for Tokai’s current crop of athletes as well as a source of inspiration for recreational and competitive judoka the world around.

Yamashita, who, as manager of the Japanese team, was seen cleaning up the warm up area at the 1996 Olympic Games, now serves as the President of the All Japan Judo Federation.

Yamashita once said: “If they could see on my face what I feel in my heart, no one would ever fight me.”