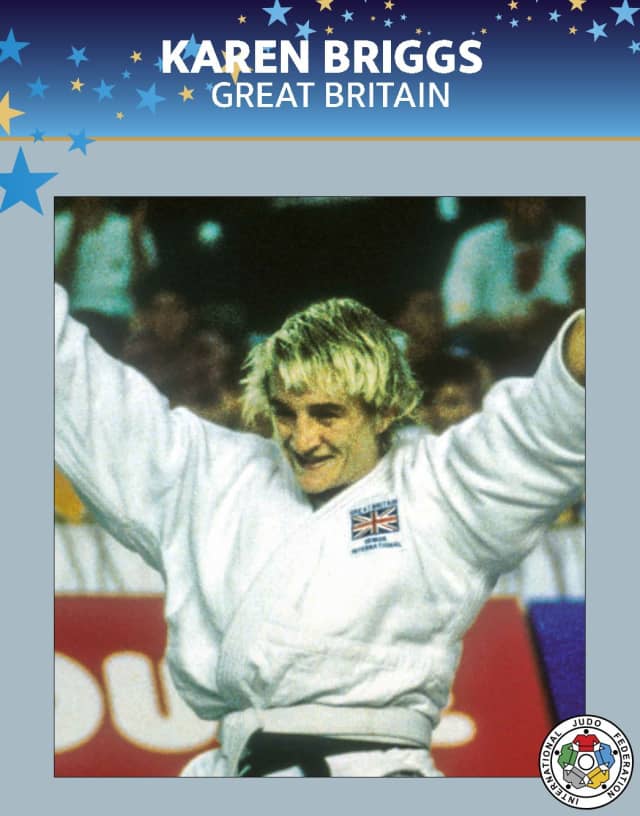 Dubbed a ‘pocket-sized fighting machine’ in the British media, Hull-born Karen Briggs was equally adept on her feet and on the ground with a leading lightweight judoka in close proximity. Briggs, who won four World Championships in the 1980s, was crowned world champion for the first time in 1982 at the age of 18. The all-action judoka moulded herself into an all-time great as she successfully defended her world title in 1984, 1986 and 1989.

The British judoka, who was a treasured talent destined for the greatest stage, was granted that opportunity when women’s judo was accepted onto the Olympic programme in 1992. Briggs retired after a fifth-place finish in Barcelona and now runs her own judo club in England and leads an active network of judo schools. Briggs was promoted to 8th Dan in June.