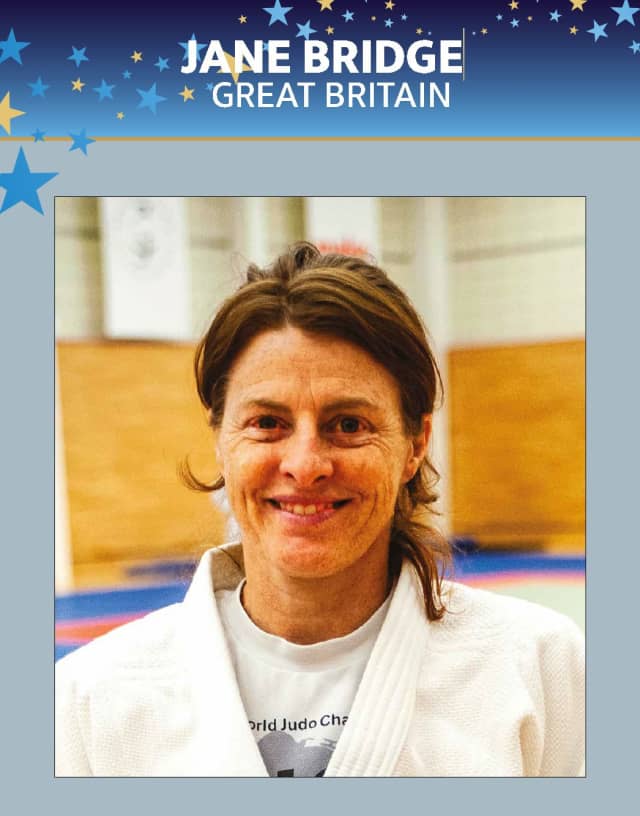 Born on February 4, 1960 in England, Jane Bridge is known for being the first woman in history to become World Judo Champion.

An eighth-dan judo black belt, she also lived in Paris as bodyguard of Sylvester Stallone and Alain Delon and turned coach of Maisons Alfort Judo club. Since 2016 she is Vice President in charge of Education of the European Judo Union.