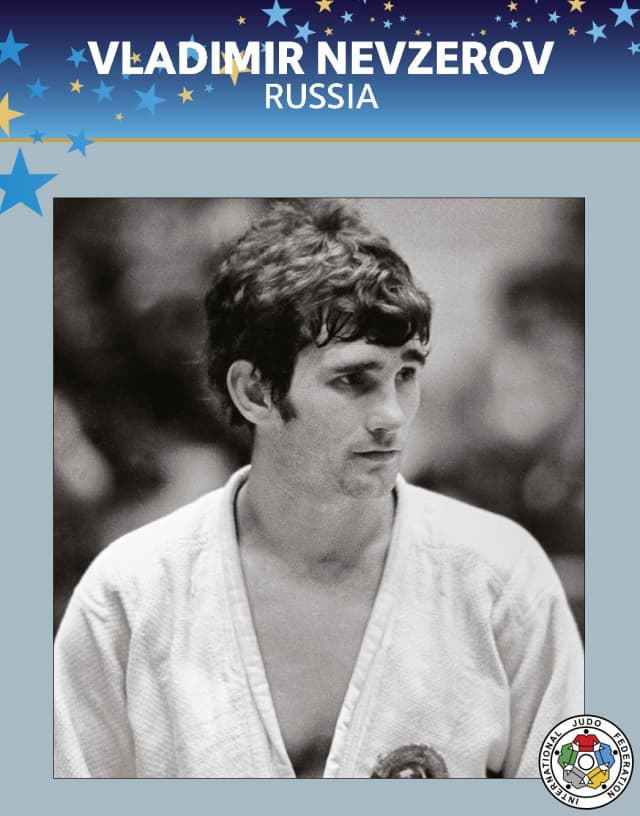 Vladimir Nevzerov captured the Olympic title at the age of 23 as he won the -70kg category at the 1976 Montreal Games.

Nevzerov entered the 1976 Olympics as the World Champion and European champion and completed an incredible treble which cemented his legacy.

Nevzerov, who also won national and European sambo honours, went on to win another European crown before retiring and moving into coaching. After spells with the Soviet national team and France, Nevzerov was head coach for the 2000 Russian Olympic judo team and later became Vice President of the Russian Judo Federation.