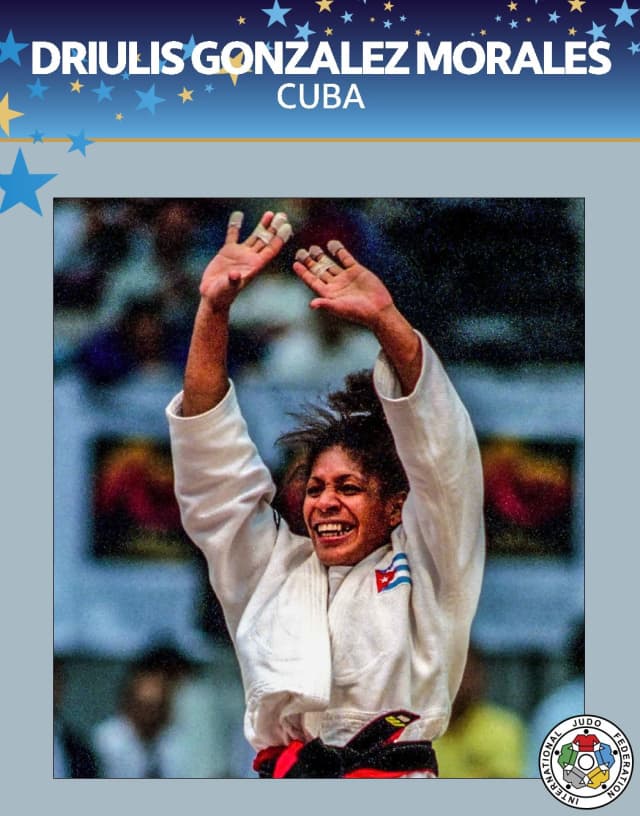 Every competitive judoka shares the ultimate ambition of one day representing their country at an Olympic Games. Only a minority, the most disciplined and deserving accomplish their goal. Cuba’s Driulis González Morales walked into five Olympic opening ceremonies in her remarkable career and on four times came away with a medal – only fellow IJF Hall of Famer Tani (born Tamura) Ryoko has won more with five to her name.  In 1996, after a lifetime of hard work and sacrifices, Cuba’s reigning world champion became the Olympic champion in Atlanta.

The three-time world champion had graced an Olympic podium for the first time in 1992 and repeated that result in 2004 with a silver in Sydney 2000 following her 1996 triumph. Driulis González was Cuba’s flagbearer at the opening ceremony of the 2007 Pan American Games in Rio de Janeiro, Brazil and promptly secured her third Pan Am Games gold medal.