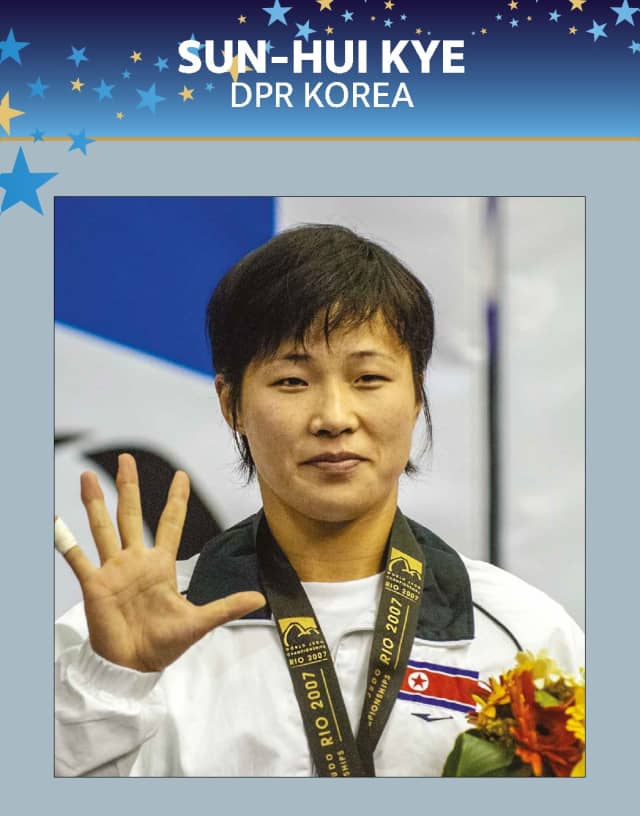 Kye Sun-Hui was born on August 2, 1979 in Pyongyang, North Korea. She had a particularly successful career and won three medals in three different weight categories at the Olympic Games.

Aged 16, she won the gold medal in -48 kg by beating Japanese Ryoko Tamura in the final at the 1996 Atlanta Olympic Games. She became, on this occasion, the youngest Olympic judo champion in history.

Four years later in Sydney, she won bronze and completed her collection with the silver medal in the 2004 Athens Olympic Games. In addition to her Olympic medals, Kye Sun-Hui conquered four world championship titles.