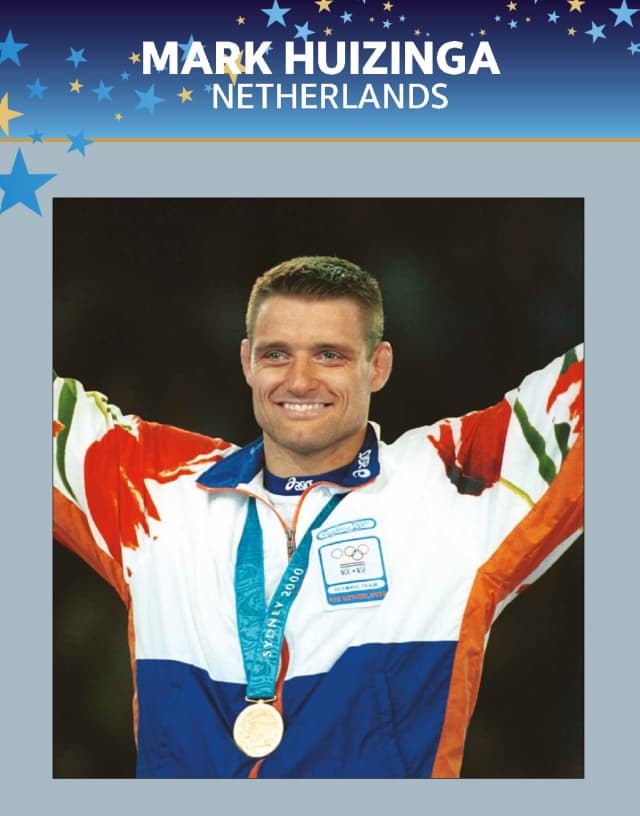 Mark Huizinga was born in Vlaardingen, Zuid-Holland in Netherlands on Septembre 10, 1973. He won the gold medal in the men’s under 90 kg category at the 2000 Summer Olympics.

Flagbearer of the Dutch team in 2004 in Athens, Mark Huizinga retired after the 2008 Olympics and is now an IJF expert, and actively participates in the IJF Academy.