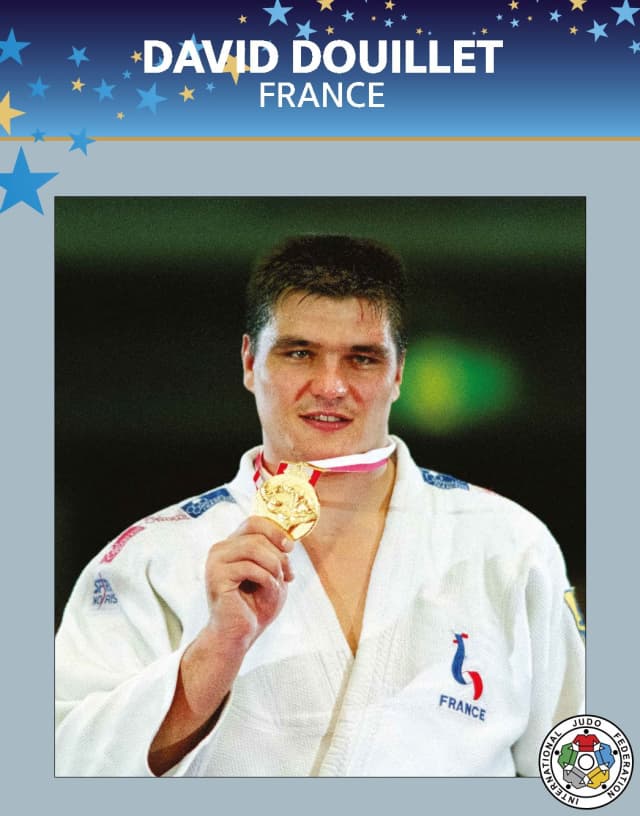 David Douillet was born on 17 February 1969 in Normandy, France. He dominated the heavyweight class for almost a decade. He conquered the world and left a legacy that few will emulate.

The imposing Frenchman dominated heavyweight judo for close to a decade as he won honours on every stage. A physical specimen who boasted finesse and power, Douillet won Olympic gold at Atlanta 1996 and Sydney 2000 and won four World Championship titles along with four European Championship medals.

Through his illustrious career he worked tirelessly to promote numerous charitable organisations and was held in high regard his peers. Since retiring from judo, Douillet has worked as a TV personality in France, and established himself in politics (Sports Minister 2011–12).

Douillet is now a businessman who remains very much in love with the sport that gave him so much.