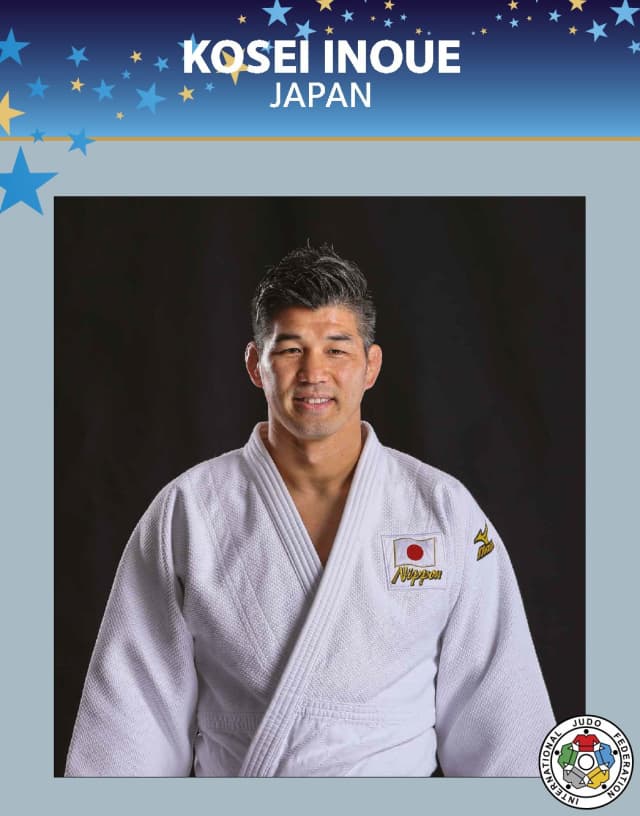 Kōsei Inoue was born on May 15, 1978 in Miyakonojo, Japan. He won gold at the 2000 Sydney Olympic Games and celebrated three World Championship triumphs.

He is considered to be one of the most spectacular judoka of all times. After retiring Inoue embarked on a trip to Britain on behalf of the Japanese Olympic Committee and was a well-received guest in Edinburgh where he stayed for six months and then in London where he spent a year at The Budokwai, following a long-standing tradition of Japanese greats coaching at Europe’s oldest continuously running club.

Today Inoue is the head coach of the Japanese team and remains an extremely popular figure in the judo world. He married Japanese actress and television personality Aki Higashihara on 14 January 2008.