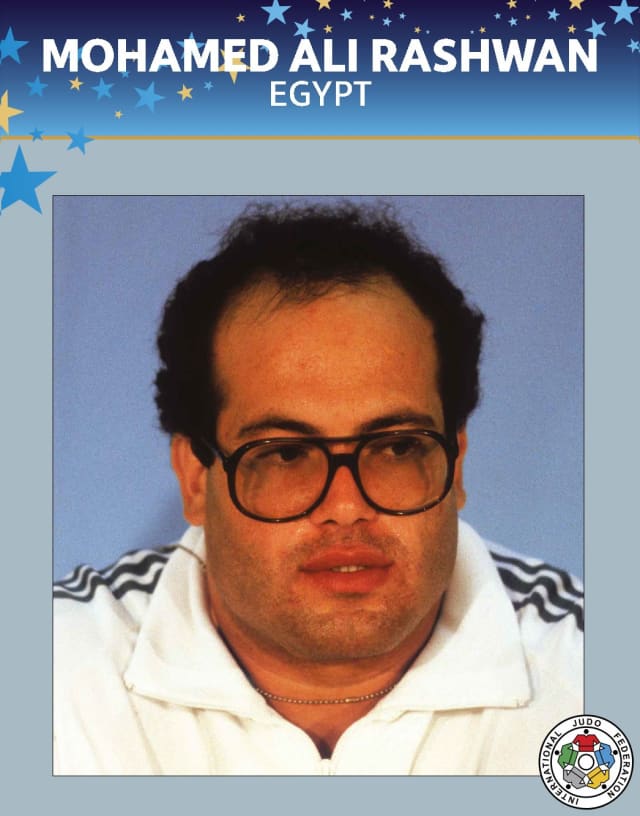 In the 1984 Los Angeles Olympics openweight final the Egyptian famously avoided targeting the injured right calf of his opponent Yasuhiro Yamashita and had to settle for silver. Ali Rashwan won an international fair play award for his conduct and the everlasting respect of his compatriots and the Japanese fans.

His Olympic result inspired him to win back-to-back world silver medals in 1985 and 1987 in South Korea and West Germany respectively.

Ali Rashwan retired from competing in 1992 and has been involved in refereeing at the international level as well as in the development of judo in his country.