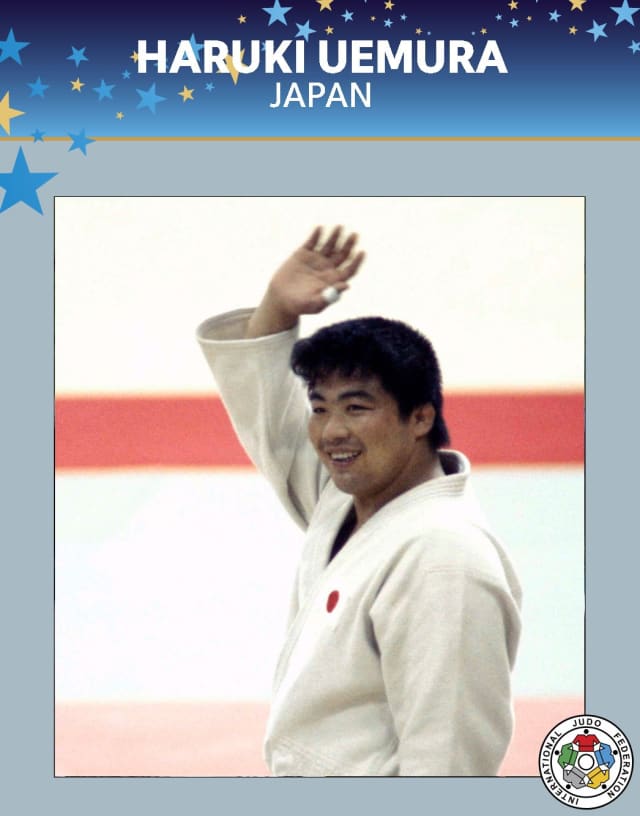 The Kodokan President Uemura Haruki has reached the summit of our sport both as a judoka and an educator. Uemura won the All Japan Judo Championships in 1973 which earned him a berth at the World Championships in the same year where he earned a silver medal. Two years later he achieved a masterful double as he won the all Japan Championships and World Championships with a year to go until the 1976 Montreal Olympics. Japan led from the front in Canada as Uemura was won one of his country’s three Olympic gold medallists.

Following his distinguished career, the Kumamoto native served as President of the All Japan Judo Federation and a board member of the IJF. Today, Uemura leads the sport’s true home of the Kodokan in Tokyo in every sense of the word as a teacher, spokeperson, motivator and judoka of the highest regard.