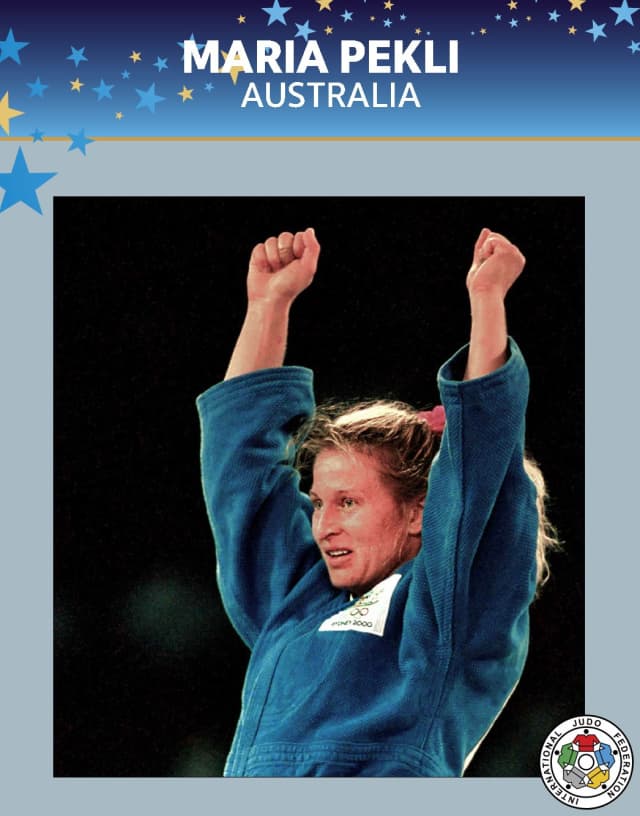 Five-time Olympian Maria Pekli made history in 2000 which reverberated around the world when she became the first Australian woman to win an Olympic judo medal since women’s judo officially joined the Olympic programme in 1992. The Australian judoka of Hungarian descent won bronze in Sydney and won Commonwealth Games gold in Manchester in 2002.

In 2008 Pekli joined Cuba’s Driulys Gonzalez and Japan’s Tani (born Tamura) Ryoko as the first female judoka to compete at five Olympic Games, with two appearances for her native Hungary and three for her adopted Australia.

In 2011, Pekli, a winner of seven national titles in a row, was awarded Lifetime Membership of Judo Australia for her contribution to the sport at the Australian National Judo Championships.