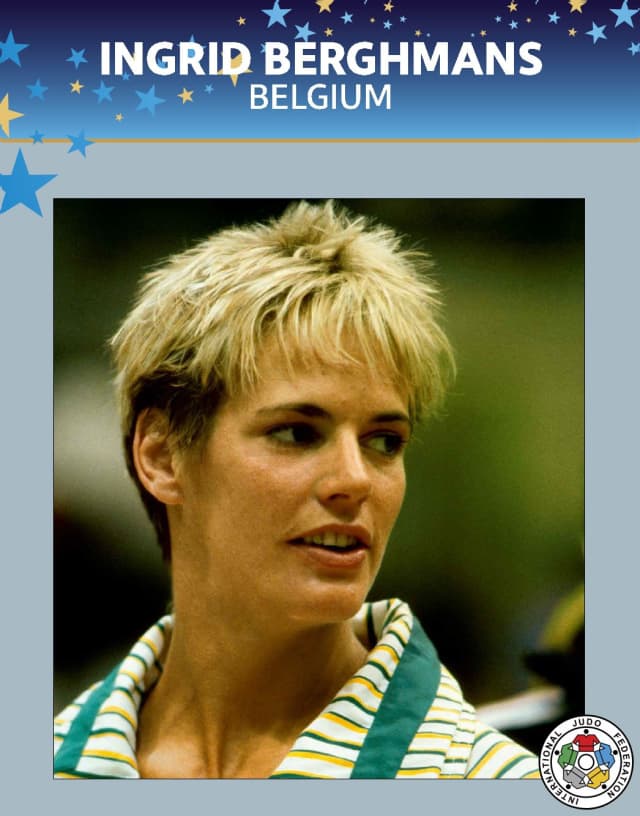 Berghmans had the opportunity to compete at the 1988 Seoul Olympic Games when women’s judo was a demonstration sport and she won gold.

The eight-time Belgian Sportswoman of the Year won an incredible 11 world medals including six gold between 1980 and 1989. The Belgian ace ruled Europe seven times and won four silver and three bronze medals as the most accomplished judoka in the -72kg category.